Meet Our New Dog of the Week! Loki ... Our Blue-Eyes Dream Boy 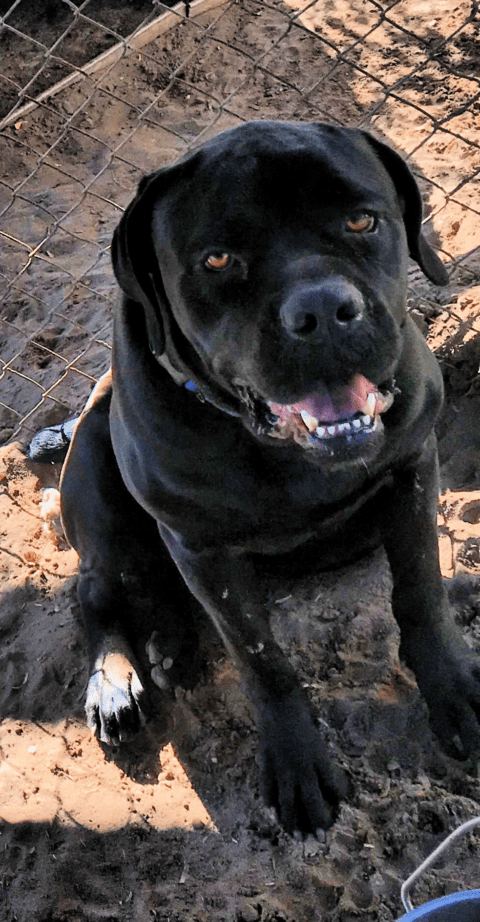 Zeus is our beautiful, big boy, Cane Corso.  Yes, he’s big, as this breed is, but he’s also big on love.  He may be near 145 lbs, but this boy is as gentle and sweet as they come.  Zeus has a quiet and calm temperament, and simply wants to love everyone around him.  He gets along with all the other dogs at the rescue and has had zero issues with the other dogs.  He literally gets along with all humans and all dogs, at least all our dogs, some of whom can be very dog selective.  Zeus wins them all over with his amazing attitude. Of course, Cane Corso experience is a plus, and because of his size, small children are not a good idea.

Like so many of our dogs, Zeus has not had an easy life and his journey to FLRRR was not at all good.  He was pulled from a Georgia shelter, by a known dog rescue hoarder and abuser.   The rescue, known as Out of the Box, was a house of horrors!  Over 50 dogs were chained to walls, by s hooks, within feet of each other.  They never came off the chains … never.  When Citrus County Animal Services made it to the location, the animals were being forced to live 24/7 in their own urine and feces.   They ate, went to the bathroom and slept, chained to a wall.  After they took his dogs, and shut him down, and while awaiting for the investigation to unfold, he travelled to Georgia to pull more dogs, because he was no longer allowed to pull dogs from any shelters in Florida.  This is where this criminal perpetrator picked up our sweet boy Zeus.  Then, Zeus’ journey to FLRRR began.

This criminal drove back to Florida, with Zeus, and brought him to us for what was supposed to be “two weeks” while he “fixed up his facility”.  He brought nothing for Zeus, not even food.  Citrus County Animal Services found out about him travelling out of State to pull Zeus, and so they asked us if we would keep him.  Which of course, we agreed to instantly.  No way we were going to let this boy suffer another day.

This evil man went to prison for four years on animal cruelty charges, for crimes perpetrated against the poor animals left in his care.  More than half of the dogs taken from him were euthanized.

Zeus needs a proper home and his own family to love and protect him, as he deserves.  We don’t know why he was surrendered to that shelter in Georgia, as a young puppy, but he didn’t deserve that fate.  He is gentle and kind, and almost innocent at times … there IS a family out there for this very, very special boy.  We just need to find them, so Zeus can finally be home.

About the Cane Corso (per AKC and Farmer's Dog)

Smart, trainable, and of noble bearing, the confident Cane Corso is a peerless protector. The Corso’s lineage goes back to ancient Roman times, and the breed’s name roughly translates from the Latin as ‘bodyguard dog.’  The Corso is an Italian breed.  At nearly 28 inches at the shoulder and often weighing more than 100 pounds, with a large head, alert expression, and muscles rippling beneath their short, stiff coat, they are a large breed.  Cane Corsos do NOT rate high on aggression scales and in fact rank high in tolerance of unfamiliar situations according to the American Temperament Test Society. (For context, 88% of Cane Corsos tested, passed the ATTS test, compared to 85% of golden retrievers.)  Corsos are extremely intelligent and need consistent, lifelong training from an owner who will be clear about expectations.  Clearly, a dog this size will require some form of daily, consistent exercise (for general health, joints, etc.) and mental stimulation.  He is a sociable family dog and adores his humans, and so should have interaction with their humans daily. 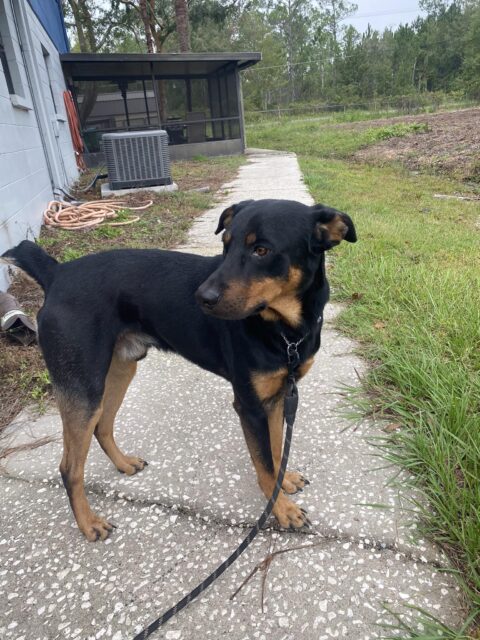 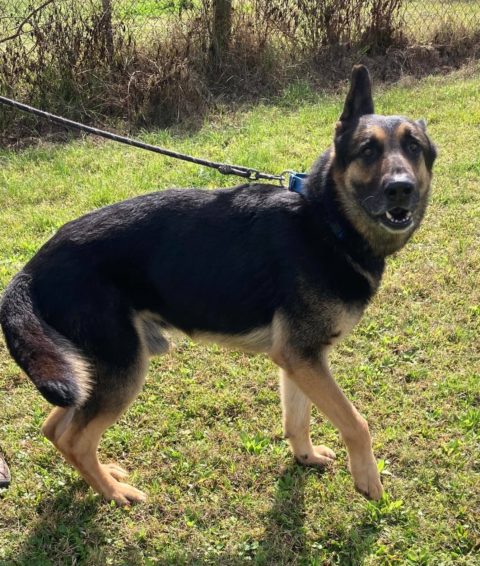 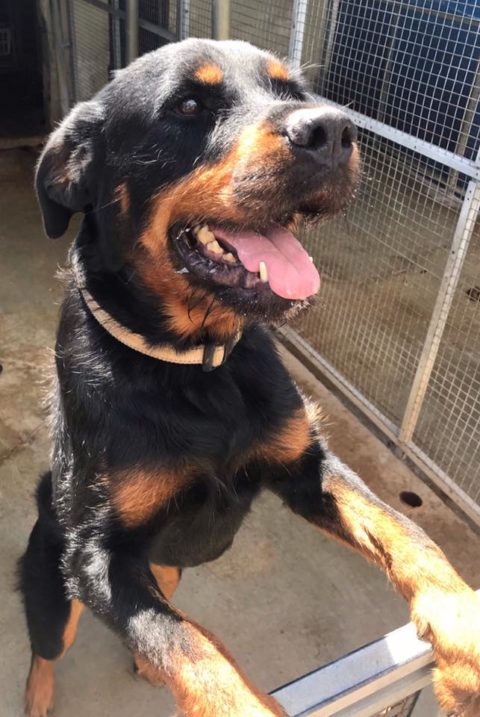 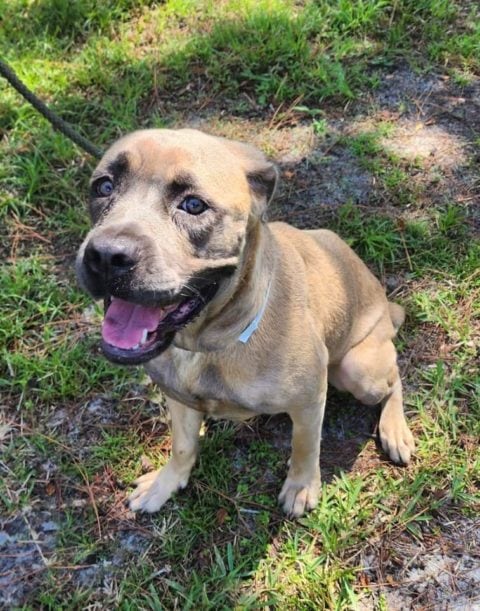 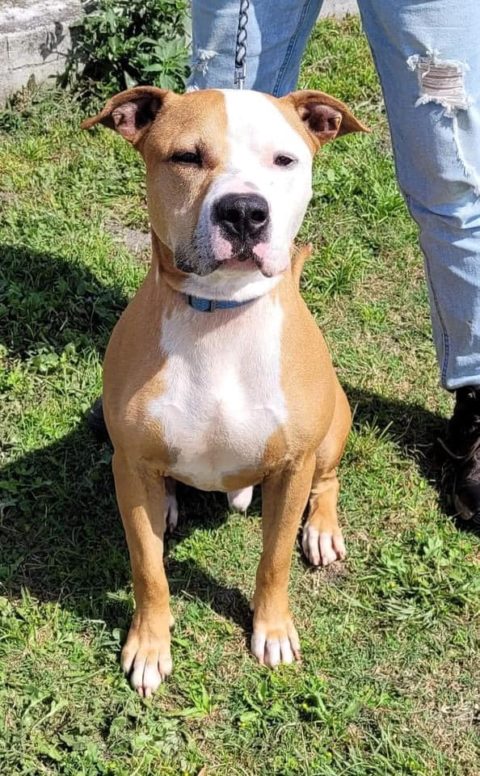 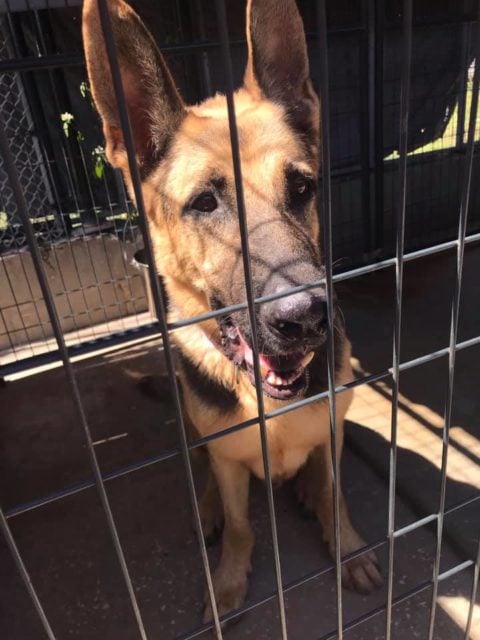 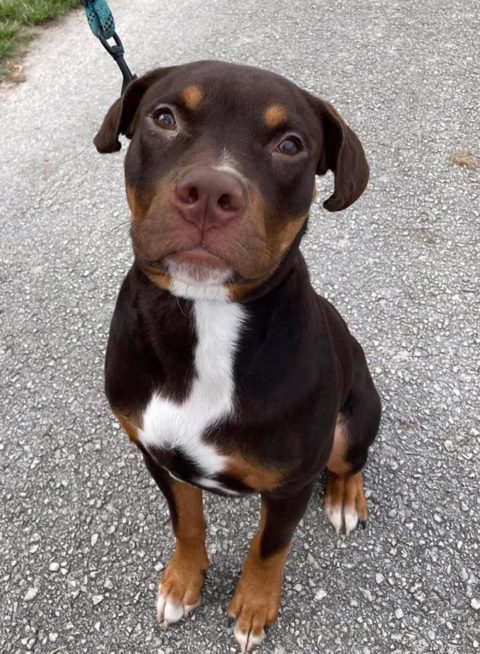 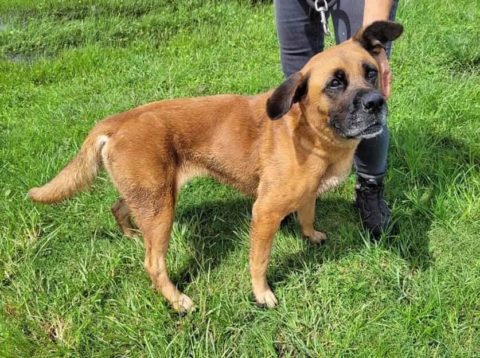 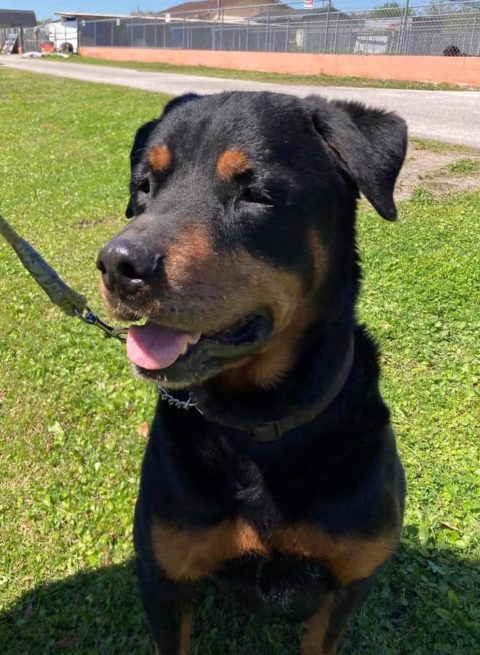 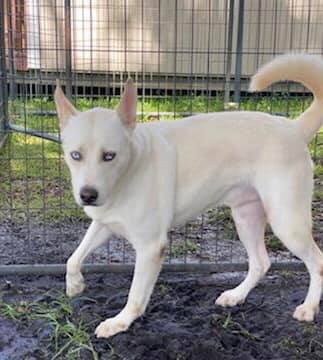 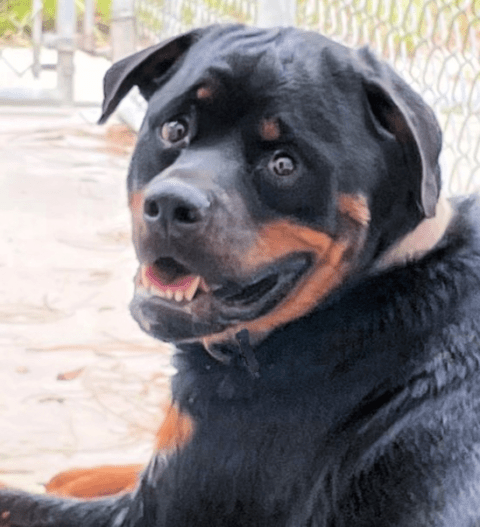 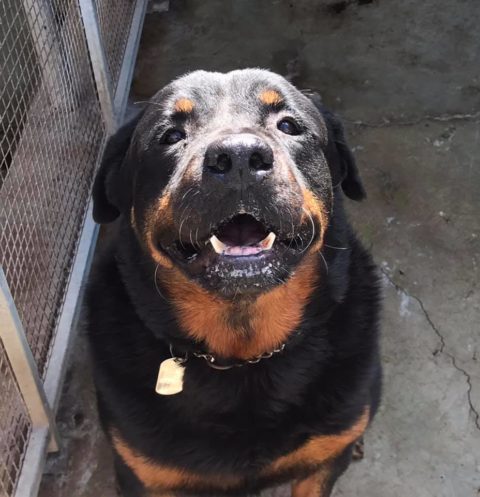 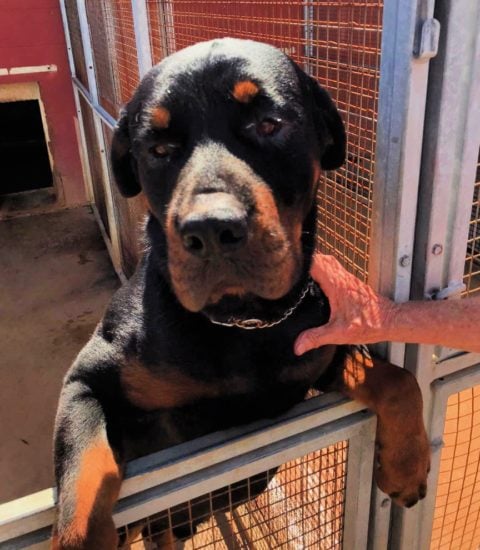 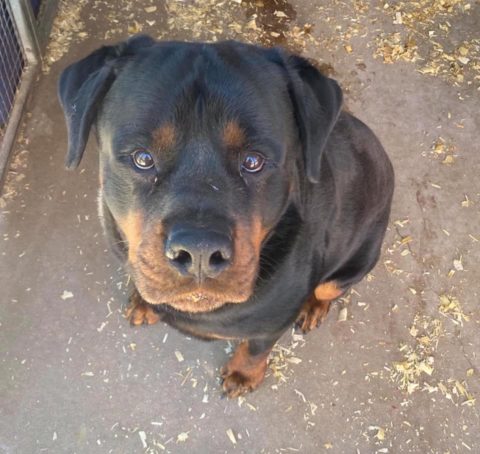 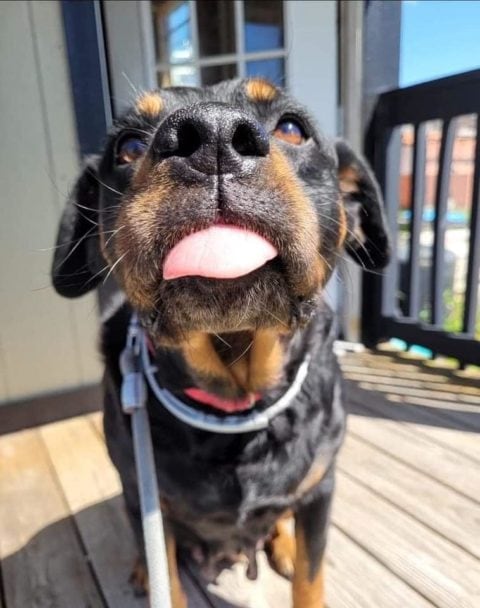 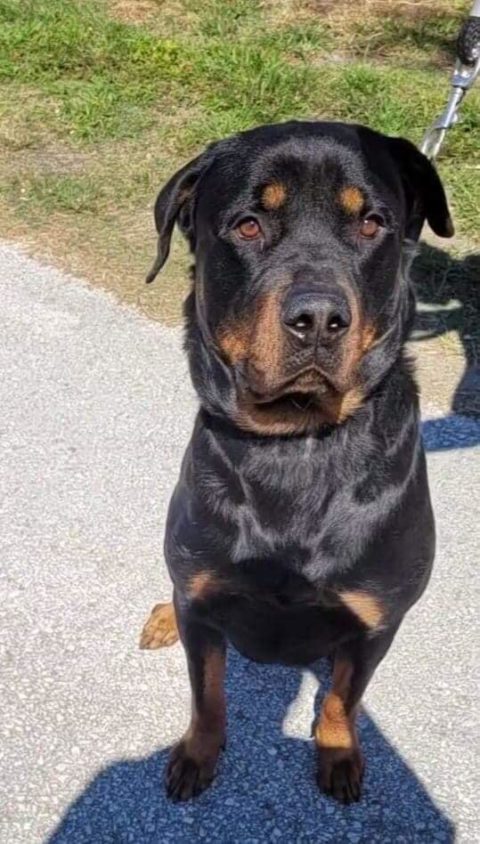 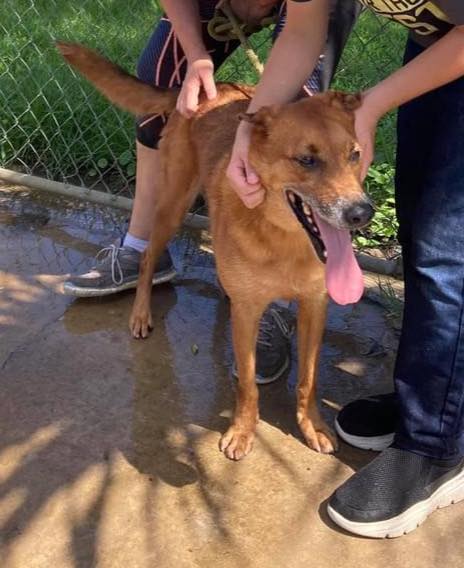 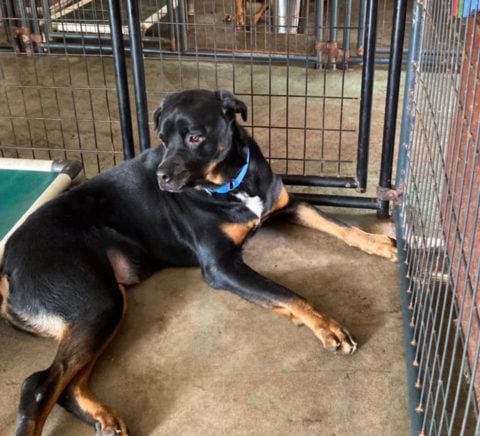 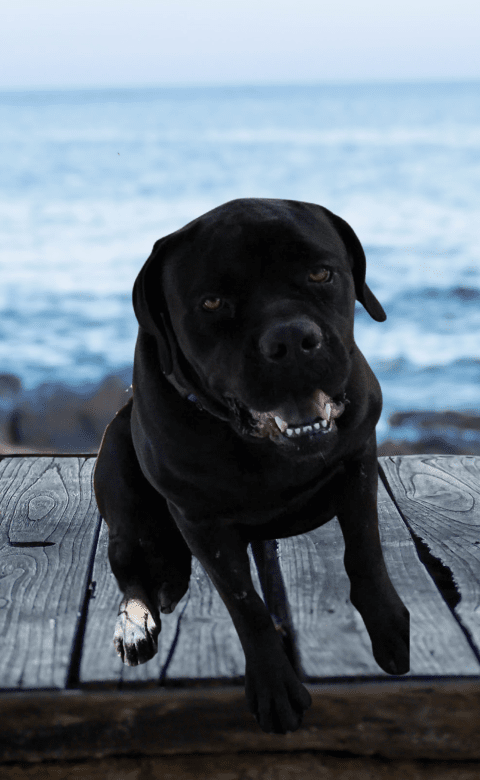